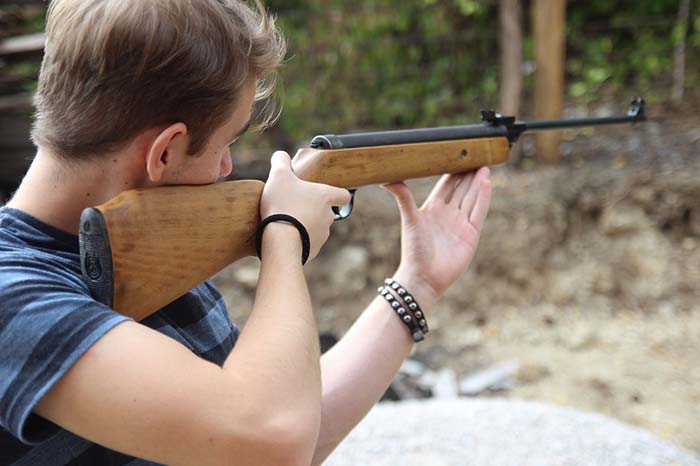 The Member of Parliament for Prince George-Peace River-Northern Rockies is letting everyone know he supports increased screening for firearms acquisition.

Bob Zimmer said Canada has good screening now, but he supports more. Zimmer made the comment in a press release following a summit held by Minister Ralph Goodale on increased gang activity.

“We already have a really robust system that is supposed to be part of the process,” said Zimmer. “I think we can go a little further back and look at gang-related activity.”

“My goal and the goal of the government is to keep firearms (away from) people that really should not have them,” he said.

Zimmer has been frustrated by media coverage of his support for a petition to change the classification of the AR-15, an assault rifle most recently used in a Florida shooting of 17 children.

In Canada, the gun can’t be fully automatic and has a small magazine holding only 5 bullets, similar to an autoloading hunting rifle.

“The biggest problem with the petition is the firearms terminology,” said Zimmer. “It asks that it be changed from restricted to non-restricted.”

He said people confuse non-restricted with unrestricted; unrestricted means it you could possibly buy an AR-15 at the local firearms store.

Zimmer said that non-restricted in this case means that owners who go through the process of getting permission to own one can use it at the gun range and hunt with it.

He said he is disappointed with national media that confuses the issue.

“Op-eds don’t get broadcast by the same media that broadcast the errant stories,” he said.

“We’re just trying to get the truth out what that is meant to do.”

Zimmer said he was saddened by a the school shooting in Florida that took 17 lives.

“The more problematic issue with the whole ordeal, was that [the gunman] had 37 or 39 prior interactions with the law; he should not have been able to purchase that firearm,” said Zimmer.

“As it relates to Canada, we never want to see someone who has that mental instability [purchase a weapon]. We never want a mistake like that to happen.”

Zimmer said he and his family own guns and store and use them safely.

“There are a lot of other citizens like me that do it safely. They should still have access,” he said.