by Andru McCracken and Sydney Philpott

McBride hosted a rip roaring zones tournament last weekend and while the Mustangs and Timberwolves didn’t make provincials both teams played with heart.

Lucas Bergen gets some air on his way to the hoop, he and the Timberwolves led by Eston Bustin trounced Mountain Christian from Dawson Creek.  Tavish Swets, the backbone of McBride’s magnificent Mustangs shows his pipes and how he can use them, tired and triumphant Mustangs were victorious. It’s the end of the seasons for the ‘stangs and so too for Stephen Kalnin who is the only Grade 12 on the team, Bernhardt DuToit makes a baseline run for the wolves, Noah Keim dribbles full throttle down the court. 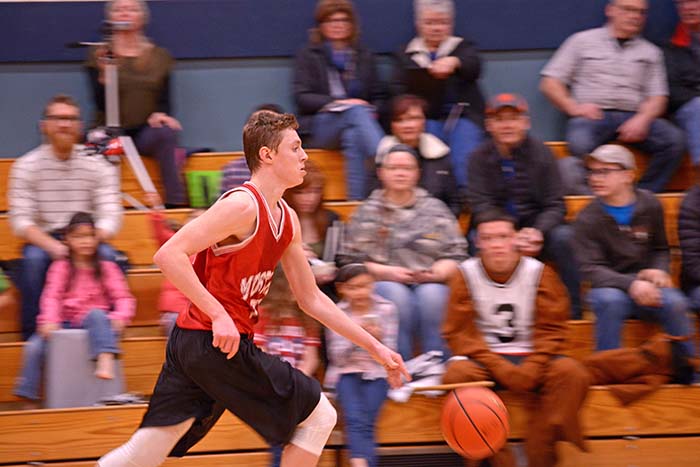