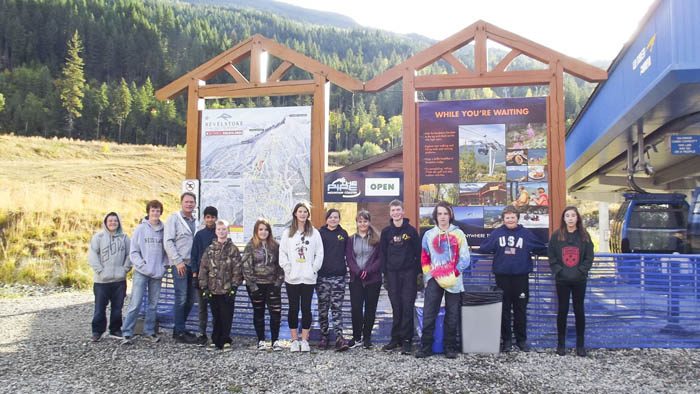 Sixteen local kids made the trip to Revelstoke Mountain Resort to ride a gravity powered roller coaster and see a movie as part of the local youth group.

Daren Sparks, V-Crew coordinator, said only kids aged 12 to 18 were allowed on the trip, although some children of chaperones did make the journey as well.

“Part of our mandate is to do outings, but they have to be in the Columbia Basin,” he said. “That means going to Golden and Revelstoke, that sort of thing.”

Sparks said the kids did a great job representing their community. Parents Corey Bergen and Jennifer Scheller came along as chaperones.

“This whole trip was formulated by the kids,” he said. “I put it together and kept it within our budget.”

He said Aubrey Scheller kept showing up with materials about what they could do.

One of the things the kids wanted to do was watch the incredibly popular horror movie remake “It” in the theatre.

Sparks said everyone had their release forms signed and watched it as a group.

He said the trip was a big deal for the kids.

Sparks said the V-Crew is looking at a winter trip as well, and is open to new recruits.

“We are absolutely looking for new kids,” he said.