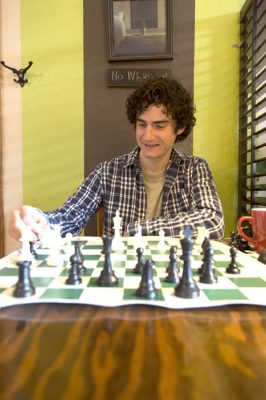 If you are itching to leave the house on a Monday night, Leland McKeeman may have the hook up you are looking for.

From 6:30 to 8:00 pm McKeeman hosts a small games night at the Three Ranges Brewing in Valemount, where a small network of friends play cribbage and chess.

“It’s nice to have an excuse to get out and have some face to face time instead of facebook time,” said McKeeman. “I’m trying to meet new people. I think in the Internet age and the television age it’s pretty easy to stay at home and watch Gilmore Girls.”

It’s not an exclusive group, and McKeeman even buys snacks for the evening.

McKeeman says he’s down for whatever games people want to play, but it’s mostly been cribbage and chess so far.

Drinking is not a required component of the evening, many friends come by to play even though they don’t partake.

McKeeman has always found playing chess interesting. When he was applying for a visa to enter Canada he was staying at his parents place in Rochester, Minnesota and rather than get a short term job for the three months it was going to take, he decided to buy a chess board and meet people in his city.

“I played near the hospital downtown and it attracted all sorts of interesting people who had one thing in common, and that was chess,” he said. “Homeless people, doctors, patients from France, Russia and Saudi Arabia and all sorts of places.

It was pretty awesome to meet totally new individuals who for some reason had an hour to kill playing a chess game.” 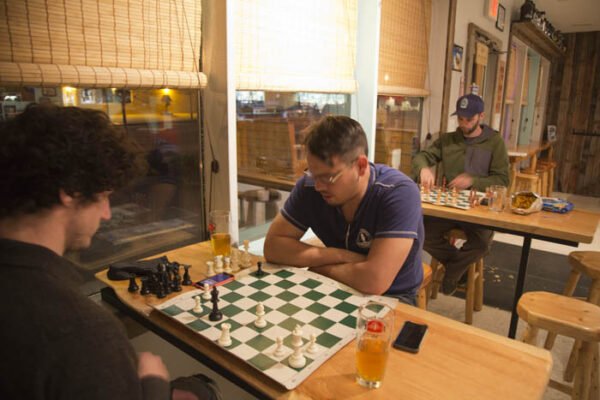