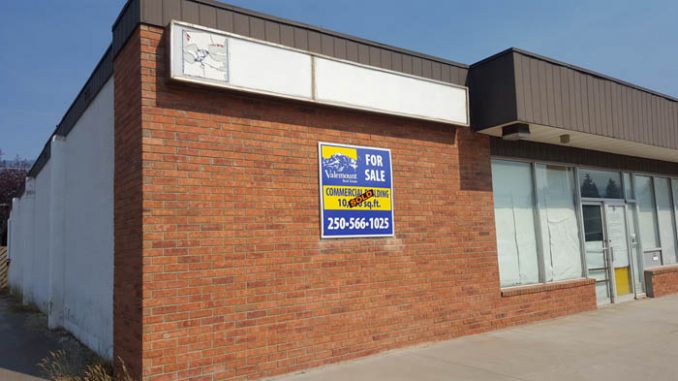 The old grocery store at the corner of Cedar and 5th Avenue in Valemount has finally sold.

The new BC-based owner confirmed the sale on Friday. The last business that operated in that space was a grocery store known as Shop Easy. That store closed in 2009.

Speaking anonymously, the new owner said residents could expect a well kept business that adds to the downtown core in vibrancy and selection.

The owner said they’ll have more to say as renovations begin.

The sale marks a stark turnaround for commercial buildings in Valemount. Once riddled with vacant storefronts, the downtown core has begun to fill in. Currently the former Field’s building adjacent to the pharmacy is one of the few empty spaces left on 5th Avenue.