Regional district funding will go to Robson Valley’s oldest organization to insure two of its properties, as the organization continues to adapt with the changing landscape of farming.

The McBride Farmer’s Institute — which dates back to 1915 — is receiving $1,400 from the Regional District of Fraser-Fort George (RDFFG) for insurance.

Dannielle Alan, RDFFG director for Electoral Area H, says the funding covers the insurance for the organization’s stockyards and their building, though the stockyards aren’t as busy as they once were.

Ray Long has been a member of the McBride Farmer’s Institute since 1947. The Beaver River Stockyards are on the McBride side of the Holmes River.

The McBride Farmer’s Institute allows local farmers to weigh cattle (or sheep) at the stockyard. A person could also store cattle there prior to sale, according to Long.

However, the weigh scale has been less busy in recent years. While the valley is producing as much product as it ever has, Long says there just isn’t the same number of farmers.

As family farms fall victim to larger corporate farms and the mechanization of farming, Long says the infrastructure of the corporate farmlands began to improve, too.

Back when there were many smaller farms, not all of them were set up to support a semi-trailer approaching the property in order to pick up livestock, Long says. That made the Beaver River Stockyards a valuable service.

“We used this corral system up (at the stockyard) to set up loads for the trucks,” says Long.

“Everybody could take their four or five or 10 or 15 animals there to make up a load,” he says.

While the institute still offers the service, improved infrastructure on modern farms means the stockyards have become less busy.

“It’s the way things have advanced,” says Long. “Sometimes we’ve wondered if we should let it go, but it’s too important to us.”

And as the times change, new purpose has been given to the Beaver River Stockyards in order to add value.

“We used this corral system up (at the stockyard) to set up loads for the trucks,” Ray Long, McBride Farmer’s Institute member since 1947.

In addition to being a weigh scale, the stockyards are now part of the RDFFG’s emergency management plan. Animals from all over northern B.C. can be brought to these stockyards in order to be looked after in emergency situations, according to Director Alan.

“It’s an ideal spot,” says Alan. “If there is another fire in Barriere, for example, and there are cattle in distress, they can come here.”

The Institute’s ability to adapt, according to Director Alan, has helped contribute to its longevity in the region.

And while the organization is labeled as the McBride Farmer’s Institute, its endeavors extend far beyond the farm.

The Institute formed the original government in McBride — before there was a town Council, alderman or mayor — the Institute is what shaped McBride and the Robson Valley, Director Alan says.

Long says the Institute has always lobbied for whatever the Village of McBride needed. During his tenure, much of the lobbying related to infrastructure. 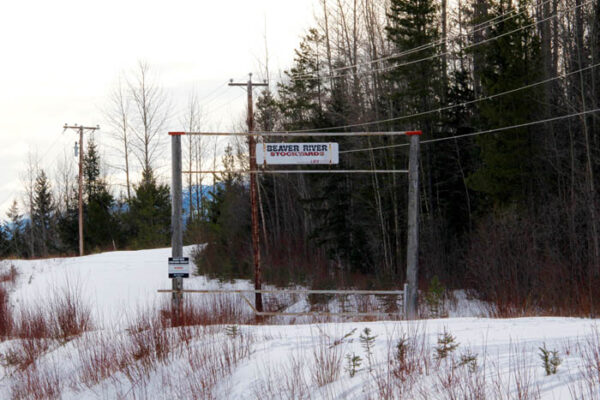 “For years, we lobbied for better roads, schools, telephones and hydro,” says Long.

Many of the major projects the Institute has lobbied for over the years have been accomplished, according to Long, meaning the Institute is less active than it used to be.

But there are still projects the Institute stays involved in, he says.

“The deactivation of the logging roads is one of our biggest pushes right now,” says Long.

“We paid for those roads, and now we have to pay to tear them up? Why not leave them the way they are?

“Let us use them for different things like hunting, berry picking, even just scenery,” he says.

For $25, those interested in joining the McBride Farmer’s Institute are encouraged to contact Lester Blouin, president of the Institute, at 250-968-4487.