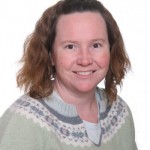 It’s been hard to ignore what has been happening in the race for nominations for the presidential election in the US, coming this November. I decided this weekend to stop talking about and sharing posts about the Republican presidential candidate Donald Trump, but I think Brandon Stanton, the photographer and journalist behind the incredibly popular and widely copied “Humans of New York” Facebook page is right. Opposing Trump is “no longer a political decision. It is a moral one.”

Stanton randomly picks people on the street in New York and now all over the world to interview. He posts their picture with their own words about what they are doing or thinking at the time. His Facebook page has over 17 million followers. He posted an open letter to Trump on Monday morning, and it was “liked” almost two million times and shared almost a million times in the first day.

In the letter, Stanton says he’s watched Trump retweet racist images and lies, take 48 hours to disavow white supremacy, joyfully encourage violence and pay the legal fees of those who commit violence on his behalf, advocate the use of torture and the murder of terrorists’ families, tell stories of executing Muslims with bullets dipped in pig blood, compare refugees to “snakes” and claim that Islam hates Americans.

“You are a man who has encouraged prejudice and violence in the pursuit of personal power,” says Stanton.

I’ve been watching it too, and it disgusts me as well.

So why are people supporting Trump? It makes me really wonder what is wrong with society.

But someone has pointed out there is another reason people are supporting him, and because the media is focusing on the prejudice and violence, they have been missing it.

In an editorial last week, Thomas Frank of British news outlet The Guardian says that millions of ordinary Americans support Trump because he talks about trade – about “the destructive free-trade deals our leaders have made, the many companies that have moved their production facilities to other lands, the phone calls he will make to those companies’ CEOs in order to threaten them with steep tariffs unless they move back to the US.”

I admit, I wasn’t hearing that in Trump speeches, but I recall now that it’s there. He’s been talking about starting competitive bidding in the pharmaceutical drug industry; he criticizes how the government is forced to buy “lousy but expensive” airplanes thanks to the power of industry lobbyists. And he says that because he is personally wealthy himself, he won’t be corrupted or affected by business lobbyists and donations, and modern campaign finance. He says because of that, he will do “good” instead of “bad.”

Now, I’m not saying I believe Trump on these topics, but we all know it’s hard to believe the election promises of any politician. If the average American is choosing to believe this guy rather than be let down again by the broken promises of previous politicians – I can’t say that’s any different from why I am interested in politics – because things have to change.
The fact that so many people are agreeing with Stanton gives me hope that a world of prejudice and violence is not inevitable. But I hope those who oppose Trump can realize there are some serious issues that have been festering in North American society for a long time, and get to work on addressing them.