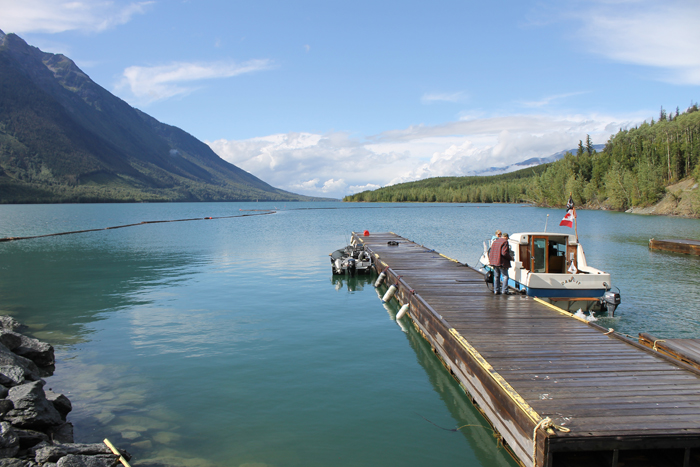 Kinbasket Reservoir has reached its highest expected elevation this year, and is expected to drop for the rest of the summer, said BC Hydro staff last week.

BC Hydro held a conference call last week for elected officials and members of the Columbia Basin Regional Advisory Committee to provide an update on the Arrow Lakes reservoir operations. Records show the water supply forecast for the Columbia Basin is 67 per cent of average, making this the third driest year on record since 1960. It is not as dry in the Canadian portion of the basin, but the drought conditions in the southern end, including the Snake River basin which joins the Columbia River near the Oregon border, have kicked in dry-year provisions of the Columbia River Treaty, including proportional draft, which started in May. That means all reservoirs on the system have to let a certain amount of water out to keep minimum flows in the river up.

Staff says the recent non-treaty storage agreement meant BC Hydro was able to keep the Arrow Lakes higher than otherwise, and an additional agreement signed last week with the US was wholly for the benefit of keeping levels higher in Arrow. Darren Shurbot Manager of System Optimization and Operations with BC Hydro, says the Arrow Lakes are currently 10 feet higher than they would have been in 2001 (the most recent dry year) because of new agreements with the US and because of additional generation at Mica, which allowed more flow from Kinbasket into Revelstoke and the Arrows.

Staff says BC Hydro continues to run Mica generating station over the stations in the Peace area, but power demand has been lower. Shurbot says it is a huge economic impact for the corporation and rate-payers if water is let out of Kinbasket through spillways rather than through the turbines to generate electricity.

As of July 23rd, the Arrow Lakes reservoir was at 1419.9 feet, about 15 feet lower than it was this time last year. BC Hydro’s water licence is for between 1378 and 1444 feet. Levels up to 1446 may be required for flood risk management in Canada and the US under the Columbia Basin Treaty.
As of July 27th, Kinbasket Reservoir was at 2462.9 feet. That is near what it was this time last year, but levels continued to rise to nearly normal full pool at 2475 feet in early September 2014. It dropped slightly through October, and then peaked near full pool again in November 2014.

Kinbasket reached its lowest point this year of 2417.9 feet on May 15th, about 35 feet above where it was on the same date in 2014. An update from BC Hydro last week says the reservoir reached its peak level for this year of 2463.8 feet on July 15th. Currently the reservoir is expected to draft (drop) to between 2456 and 2462 feet by the end of August. The toe of BC Hydro’s lowest ramp at the Valemount Marina is about 2385 feet.