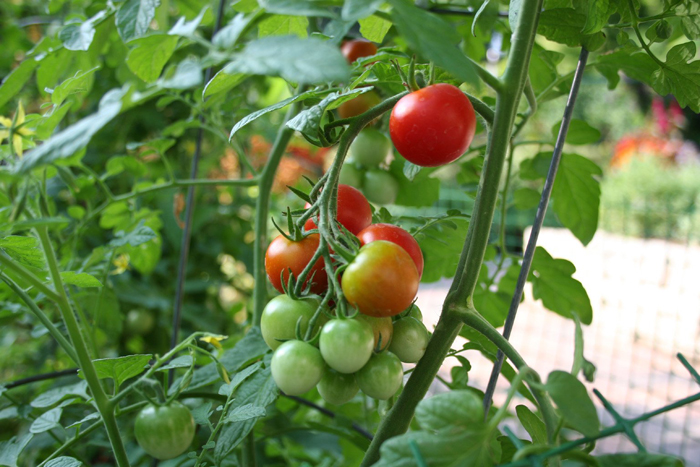 Throughout the Robson Valley, many gardeners have a problem with a weed that has been around for over 150 million years. Although it prefers moist, acidic soil, it can be found in almost any area. I am referring to horsetail or mare’s tail (Equisetum) of course.

The most common variety found around here is “common horsetail” or “field horsetail” (Equisetum arvense). This one grows from 6 inches to two feet (15-60 cm). It has two types of fronds – the sterile fronds that look like little evergreen trees with leaf-like branches coming from joints along the stem. The fronds that produce spores (not seeds) have no little branches but have a dark cone-like body at the tip known as the strobilus. These fertile branches come up early in the spring and are followed by the branched unfertile ones later on.

Horsetail favors poorly drained soil but can be found on dry unfavourable sites like railway beds and highway ditches. Maybe its ability to adapt so well is the secret of its long life on the earth.

Another variety belonging to the “Scouring Rush Group” of horsetails is Equisetum hyemale and can be found around Jackman Flats at Tete Jaune. It grows up to three feet (1m) and has a grey-green stem with no side branches. Throughout the ages, it was used as a scouring pad by the native peoples for polishing their canoes and by early settlers for scouring pots and pans.

Field horsetail is a pest for gardeners because it has creeping rhizomes (underground roots) that reach out in all directions from the mother plant and shoot up new plants all over the place. The greatest problem is that hoeing or tilling just breaks up these rootstalks and then a new plant grows from each little piece. If you have the patience to dig the rootstalks and pull up as many as you can, you will eventually bring it under control.

It is also recommended to keep the fertile fronds cut off in the early spring to prevent formation of spores and thus a new crop of plants. Cutting off the branched fronds during the summer will also eventually help to starve the roots.

Some gardeners recommend adding lime to the soil in the area where the horsetails are growing. It seems that two or three years of adding lime will weaken the plants and make them much more easily controlled.

Although horsetail is not highly poisonous, it does contain a toxin that is harmful to young sheep and horses. It is best not to make it into hay. Some people however, eat the young shoots in early spring like asparagus and in many herbal books it is recommended to help reduce bleeding and heal wounds.

As much of a pest as the horsetail can be, we should be thankful for it every time we start up our car or truck. It seems millions of years of decaying horsetail contributed to the rich deposits of oil all over the world!