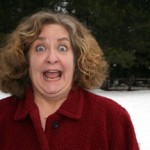 Puberty is a funny word. Say it anywhere, anytime and folks take notice. There are even two ways to pronounce it. For most of my life I have been saying Pew-bert-tea. I have been wrong. Now that I have a preteen, I am pronouncing it the correct way. I now say Pooh-bert-tea. It’s important to get the emphasis on the first syllable. Just pretend you are saying Boo but with a P, as though you want to startle someone.

And Boo with a P fits this situation because everything you did when you were a teenager is now haunting you. Ghosts from your murky past wander in and out of your consciousness and taunt you with the distinct probability that your kids are going to do some of the stupid (and dangerous) crap that you did. Plus you get to say Pooh and who hasn’t had to say “Oh Pooh” on the wondrous journey through parenthood, when darn-it-all and golly-gee, just didn’t cut it.

A public discussion about pew-bert-tea is possible to ignore but start one about Pooh-bert-tea, and heads will turn. If you do it right, it makes folks jump a little. And so it should. Pronouncing it this way, also makes puberty funny and you’re going to need to laugh at this stage of your child’s development or it is going to laugh all over you.

I always thought that when our child hit the teen years we could be honest with him. I’m rethinking this. Telling him the crazy stuff we did, may give him ideas, or worse yet, permission, to do the same. It doesn’t matter how many times you qualify a story with “And I’m lucky to still be alive”, your kid is going to notice the glimmer in your eye.

Being honest about your past, may lead your kids to be honest with you about their present. And this is not a good thing, no matter what Dr Phil says, because if imaginary worries are already keeping you awake, just wait till you know what’s really going on.

There is also a good chance that your progeny won’t believe you. You are boring. You are responsible. It is the job of each new generation to invent two things, fun and sex. You could not possibly know anything about either.

So just keep saying “Pooh-bert-tea” at every opportunity. It’ll give your kid a chance to practice his eye-rolling skills. Something else he thinks he invented.