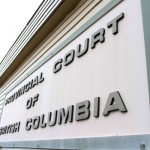 The Crown has still not been able to make full disclosure to the defendant in allegations against Shanna Beuhler stemming from incidents in September 2014, but now says they are considering further charges after receiving over 4000 pages of disclosure from the investigation into the death of her father and the events leading up to it.

Beuhler’s father John was shot and killed in a shoot-out with the RCMP’s Emergency Response Team on Sept. 17th, on the west side of Kinbasket Reservoir where the pair had been camped out in a local family’s trapping cabin.

Shanna’s lawyer Shawn Buckley appeared for her on Jan. 8th on charges of break and enter, obstructing use and enjoyment of property and unauthorized possession of firearms. Crown counsel Geoff McDonald told Judge D Weatherly there was an ongoing investigation by Major Crime as well as a separate investigation by the Independent Investigations Office (IIO) into the incident regarding Shanna and her father. The IIO is called after a police-involved incident involving a death or serious harm in order to determine whether or not an officer may have committed an offence.

The current charges against Shanna had been sworn on Sept. 17th before the shooting incident later that day, but McDonald said police have no say into the investigation by the IIO or when it would release its report. Because of that, he didn’t expect to be able to make full disclosure of the case and evidence to the defendant until July. The case was adjourned until then, despite concerns raised by Buckley who noted July would be beyond Miranda guidelines for his client’s rights to disclosure. Buckley said Shanna has no record, and is lucky to be alive after being shot three times by police.

Shanna surrendered to RCMP and was released on Oct. 9th, 2014, after being released from hospital.
In Valemount Court on July 9th 2015, McDonald said he received over 4000 pages of disclosure on the case and evidence just three weeks ago, and is nearly finished vetting it, but has not yet been able to hand everything to the defense. He also said the Crown is considering further charges stemming from that disclosure. McDonald asked for a further adjournment until the Sept. 3rd 2015 sitting of Valemount Court.

“I’d like to put on the record that obviously we are concerned about the delay,” said Buckley, who appeared again for Shanna. “This matter is a September 2014 allegation and we are still waiting for disclosure. But I don’t see that we have any other choice but to set it over.”

The IIO was deployed to a remote area near Valemount on Sept. 17th, 2014 after RCMP Emergency Response Team members were involved in an incident in which two adults sustained gunshot injuries. One man died at the scene.

An update from the IIO on March 20th, 2015 said the majority of investigative tasks have been completed, and investigators were waiting for forensic analysis including firearms. Kellie Kilpatrick, spokesperson for the IIO said the due date for the results from the forensic lab is the end of September.

The IIO is a civilian-led agency established in 2012. In March, it released a first quarter summary, saying it had taken jurisdiction in 121 cases since it became operational in September 2012, of which 93 cases had been concluded. A public report was issued in 58 of them, and the other 35 resulted in reports to Crown Counsel. A further 28 cases were still under investigation, including another incident involving the RCMP Emergency Response Team on Oct. 13th, 2014. In that incident, two members of the Emergency Response Team had an interaction with a suspect after a days-long search near Slocan. The interaction resulted in the death of the suspect, 45-year-old Peter Degroot.