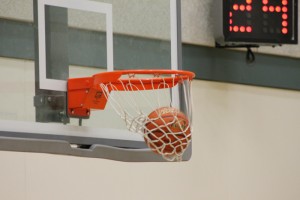 Valemount will host 10 senior girls basketball teams Feb 18th-21st that are vying for a precious spot on the Provincial Championship roster this spring.

Seniors Girls Basketball Coach and tournament organizer Tim Nusse says two to three teams will qualify for provincials. 10 out of a possible 18 teams will compete from the Single A schools in the Zone. The Zone is the biggest land-wise in the province, and about the same size as France. There are seven zones in B.C.

Nusse says three of the teams competing at the tournament are already ranked in the top 10 in B.C.
Nusse says hosting a zone tournament can be pricey, since organizers have to pay for certified referees and provide room and board for them. The cost of hosting a tournament can run upwards of $5,000. He says they are lucky to have two major sponsors this year – Lakes District Maintenance and the Valemount Community Forest, donating $1500 and $1000 respectively. Tournament fees, concession and private donations should help cover the rest.

The public is welcome to attend games at Valemount Secondary School. Watch the events section for initial game times.