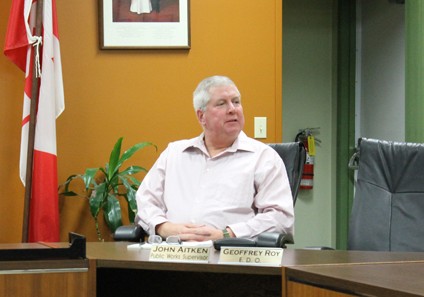 The Christian Labour Association of Canada (CLAC) says it will be filing an unfair labour practice complaint against the Village of McBride with the BC Labour Relations board due to allegations the head of public works was fired for meeting with CLAC about forming a union.

“We had an evacuation order for McBride on Friday because of an ammonia leak at the arena and I was working through the night at the command centre to ensure that everyone got out safely,” said former public works supervisor John Aitken in a CLAC news release Tuesday morning. “The Saturday afternoon phone call came as complete shock.”

The Village of McBride had not officially responded to the allegations by Tuesday morning.

CLAC alleges in their press release that the Village “fired a public works employee for his participation in a union information meeting” and that doing so goes against the BC Labour Code.

In a story posted Monday on myprincegeorgenow.com, Aitken says last Friday he and a group of other Village staff met with the Christian Labour Association of Canada about unionizing. Aitken is quoted as saying village staff had discussed joining a union “because they were worried about job security with the new mayor and council.”

The following afternoon, he said he received a call from the Mayor of McBride, Loranne Martin, “accusing him of attending the meeting.” He alleges that she then fired him on the phone.

The online news story, which did not quote anyone from the Village of McBride, was posted on Facebook’s McBride Discussion Board.

Counc. Reichert responded to the comments on Facebook on Monday saying “Nobody was fired for anything to do with unions.”

She went on to say: “We are not at all opposed to a union for that matter. Our own mayor belongs to a union. I realize some of you are unaware of the legalities surrounding us but we are not legally allowed to discuss labour issues. This has nothing to do with us not wanting to be open and transparent. We are obligated BY LAW to not discuss such matters.”

She added: “You are reacting to one side of a story, trying us in a court of public opinion on social media.”

In their news release, CLAC says by the end of Friday’s meeting with Village of McBride employees “A very strong majority of employees were in favour of unionizing with CLAC.” The union says it applied for certification on Monday and a hearing will be held at the BC Labour Relations Board within the next ten days.

The Goat tried reaching Aitken and Mayor Martin on Monday and Tuesday morning. We also sent our questions to Counc. Reichert. None of the parties returned our calls or emails.

Editor’s Note: Since this article was published, we spoke to Aitken. He confirmed what he had told other news sources and said he had not yet received a written termination letter.