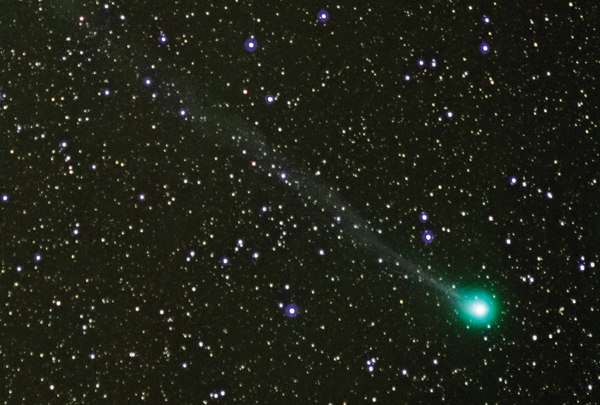 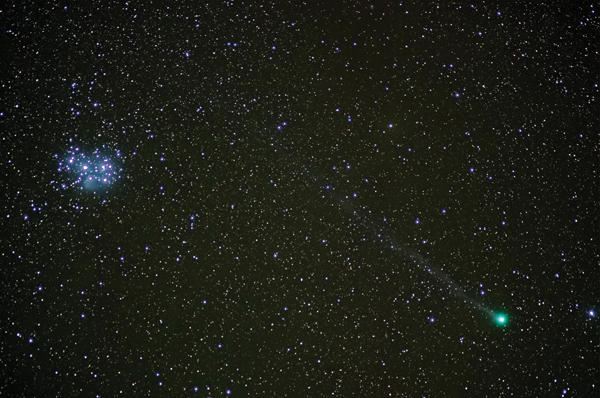 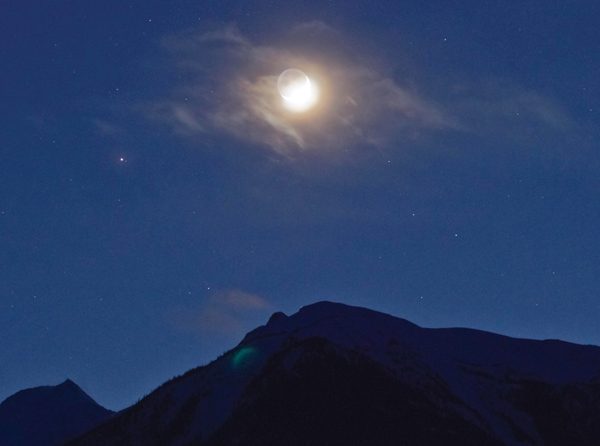 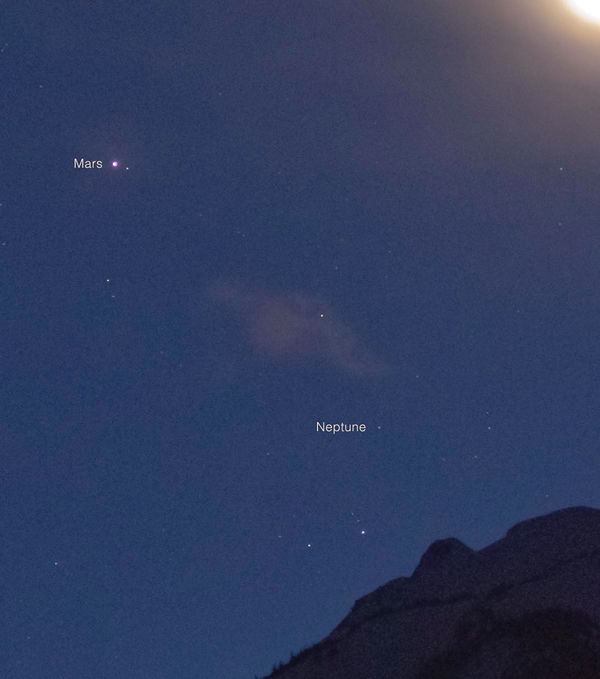 Two other members of our solar system showed up in photos taken with a telephoto lens over the Cariboos at dusk January 22. Left of the Moon is reddish Mars, and below, rarely seen, is faint blue Neptune, which is much larger than Earth but so far away that sunshine there is about 900 times dimmer than here. To put some of the distances in the photo in perspective, the light reaching us and the Moon takes just over 8 minutes to come from the sun. It takes little more than one second for sunlight reflected off Earth to go to the moon, seen here lighting up the night side. The sunlight coming from Mars–and the radio signals from all the rovers and orbiters there–takes almost 17 minutes to arrive here at the moment. Sunlight arriving from Neptune takes more than four hours, almost no time at all compared with the time for light to travel from the brighter star seen below Neptune in this photo, Sigma Aquarii: that takes about 290 years to reach Earth! Venusus will soon be more easily seen in the evening as it heads higher and sets later above the south-western sunset glow. Using binoculars after about 5 or 5:30 pm January 31, it might be possible to see it over the Cariboos, and about a couple of moonwidths to the right, the faint blue disc of Neptune.

Comet Lovejoy as viewed from the valley during a brief clearing January 20. Discovered last August by Australian astronomer Terry Lovejoy, the small object has come from far beyond the orbit of Neptune. It will make its closest approach to the sun at the end of January and will not be back until about 8000 years from now. This time lapse photo shows it much brighter than it looks. Faintly visible to the naked eye in a dark sky, the comet is best seen with binoculars or a telescope. Half a kilometre or less in width, the distant object is made visible by gas and dust driven off by sunlight. The tail may extend for millions of kilometres! For amazing, historic close up views of another comet heating up as it approaches the sun this year, see the European Space Agency’s Rosetta mission web page.