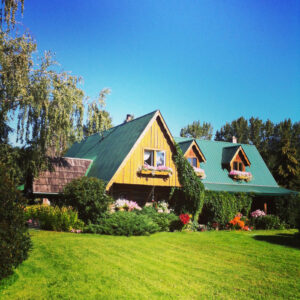 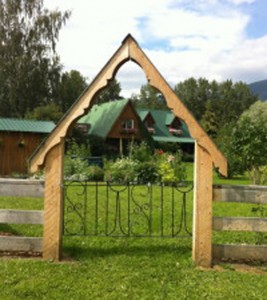 “The Farm” in Dunster is one of the buildings nominated for the best building in northern BC in a contest by the Architecture Foundation of BC. Voting closed on Sept. 28th, and the winner had not yet been announced.

The nominator of the Farm described the building like this:

“The hand-hewed logs were reconstructed from an early pioneer site nearly ten miles away. One by one the logs were numbered, then stacked again like Lincoln Logs, their markings still visible. The house is located in the Robson Valley along the Fraser River and can be seen from the train tracks that cut through the Rockies. Flowers adorn the exterior while the interior invites the visitor in with smells of baking bread and endless conversation around the oak table.”