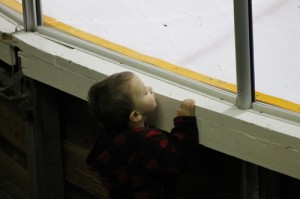 The Valemount Oldtimers and Valemount Oldpuckers hosted McBride Oldtimers for a pair of games on Saturday Dec. 14th. In the 45-and-over game, Mcbride squeaked a 5-4 win and in the 45-and-under McBride was again victorious, 8-4. While being fun for all and entertaining for the fans, the games were a fundraiser for the Valemount Food Bank. Two boxes of food were collected and the players contributed a total of $408. As well, a gift from Henry Unger was raffled in the dressing rooms and $183 was raised for Valemount Minor Hockey Association.