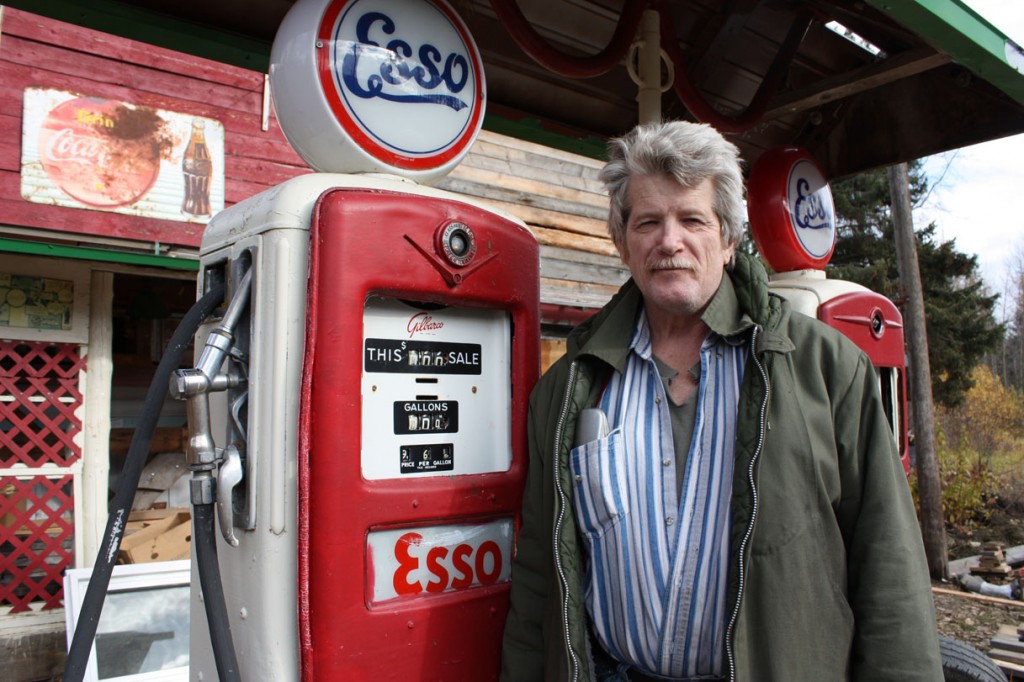 A pair of gas pumps and his work shed were all that was left standing at Dave Ryckman’s property near Small River after a fire levelled his existing home last week.

But little time had gone by before the community rallied together to find Ryckman a new home and new belongings.

More than 60 volunteers turned up last week and this week to set up the new house, a mobile home donated by Shane and Lorrie Bressette. Most of the lumber and beams were donated, some by a local lumber supplier. A list of items lost in the fire was quickly diminished as community members donated clothes, furniture and building supplies.

Dunster resident Pete Amyoony has been coordinating the effort to help move Ryckman back to his property. He says they have replaced 90 per cent of his belongings within a week, and more items show up each day.

Many motorists have seen Ryckman’s property just before they descend to the Small River bridge, with its distinctive red Esso gas pumps and Coca Cola signs.

Ryckman says the decor is about inspiring nostalgia. While he has no plans to turn his property into a commercial venture, the welder says his plan is to continue working on the flathead engines gleaming in his still-standing work shed.

The engines were popular from the 30s to the 50s and used by Ford in their trucks – much like the old truck bodies he has behind his service bay.

On the wall above the flathead engines Ryckman is working on are old posters of antique vehicles as well as old decor from Ryckman’s childhood years when Elvis Presley was big and coca cola still came in re-fillable bottles.

His grandpa had a Texaco station in Toronto, which is part of the inspiration for the old gas pumps out front.

“I remember all that from when I was young,” Ryckman says.

A small stove is in the work shed where he works on his engines, but he did not have heat or power in his trailer by the time we went to press.

The community is building a wooden porch next to the mobile home where he’ll be able to use a wood stove in addition to electrical.

Ryckman has never had running water at his property, but community members say that will change next year. They must set up a system to run spring water down the mountain.

Ryckman, who has lived in the valley more than 20 years, says the fire started from his propane stove. He was helping friends at the lower end of his property when he saw the flames. He says his friend ran into the building to try to save it and later had to be treated for smoke inhalation.

Though his old home is now just a heap of twisted metal, his new home bears the marks of an entire community at work.

“Everybody knows Dave,” says Dan Gordon who was helping to construct the roof on Saturday. He says there was a possibility of Ryckman moving to town, but that didn’t interest him.

“If he lived in town he’d have a beautiful place to live. But what would he do?” 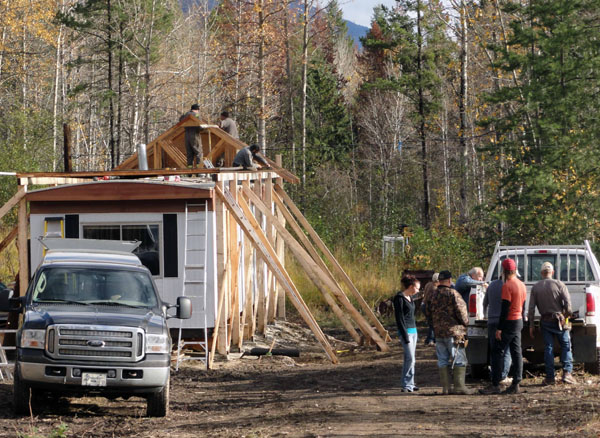