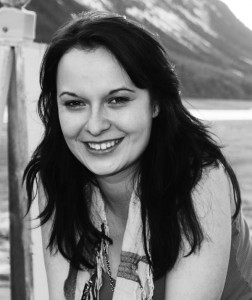 “If you don’t eat enough, you’ll become a little piece of grain and a chicken will eat you.”

As a kid I heard this saying from my grandpa every lunch. He also told me that if I didn’t finish my plate, a little devil from behind our neighbour’s chimney would come and get me. I think I knew he was making it up, but I am not a fan of birds nor that particular neighbor, partly because of that.

Food is a big part of the Czech culture. Every meal is warm, no meal is complete without a bowl of soup and you will always get twice as many dumplings as you asked for. Almost everything is made from potatoes or bread and comes with some sauce. And that sauce will be full of dairy or flour. Therefore, telling my parents who travelled almost 9,000 kilometers to see me that I was going on a diet that bans those foods was basically suicide. After four days of travelling together they still think I am insane and comment on the deliciousness of their pasta, burgers and sandwiches louder and louder.

But it is Day 8, I am in Edmonton and I am still going. I just finished a dinner that was exactly the weight I was told it to be and I feel pretty full and happy.

I started last Monday. With 85 grams of salad, one boiled egg and a piece of crisp bread for breakfast. And it was kind of delicious. For the first time since I had decided to try this out I actually felt this might not be that hard. I felt pretty content and ready to work. Two hours in, I was still fine, drank water instead of snacking and actually enjoyed a first cup of black coffee without any milk or cream. It seemed so easy that I was pretty sure I was not going to experience any migraines, mood swings or anything else I was warned about.

And then it hit me. It wasn’t the slow creeping hunger that you normally feel. It wasn’t the initial feeling like maybe you could have something small and you would be fine. No, this was a hunger monster. It was four hours and change after my breakfast and I was ready to eat a whole cow if someone had put it in front of me. Feeling like I was going to black out, I had nothing in my head except the cow prepared as a steak, stew and or as beef strogannoff. I couldn’t decide what I craved more. And around the same time I hear Laura’s starvation cry. Neither of us could work. We were not able to focus on anything and all we wanted was to eat. It was only thanks to our inexprience with our new scale and our love of spices that helped us tune up our cottage cheese that we actually ended up eating when we were supposed to and didn’t fail or cheat on our first day. But man, it was not easy to eat cheese and crisp bread when you are that insanely hungry. With our stomachs still growling, we almost sprinted into the grocery store and bought a piece of our dream cow for dinner that then lasted us four days.

After the first day, I thought travelling on this diet would be impossible. I stocked up on crisp bread, fruit and veggies and low fat cheese for breakfast with the thought I am either going to die from starvation or go crazy. But you know what, it is not bad. Every place I went to had some options for me. Yes, I had to ask them what the weight of the salad was, made sure they were not using butter and oil on my meat and carried a box of crisp bread basically everywhere. But none of the restaurants seemed to mind, or at least they seemed to understand and did what I asked them to do. I did not have my favourite eggs bennies when everyone else did, but instead ordered a coffee and ate my alternative foods afterwards. I feel weirdly content after every meal now and I kind of enjoy thinking about what I am eating and whether it is good for me. I am not really craving anything that I can’t have. I cheated only slightly and honestly felt bad about it. But I am now on a roll and ready to continue for a couple more weeks. And I am pretty excited to get on a scale next week and see what cutting out carbs and sugar can cut out from my but and thighs. 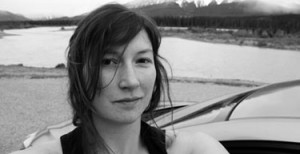 I admit it. I’ve been cheating. I ate my salad before my meat. I had a glass of wine. And the worst: I had two pancakes with syrup on Sunday.

I’m afraid to say anything about Dr. Du Toit’s healthy eating plan, because after a week trying to follow his rules (they are not guidelines, he told us), I have broken too many rules to count.

I’m not sure if there’s room to justify any of my indiscretions, but even with small cheats, my eating patterns are nearly militaristic – brutal and fairly unappetizing.

The first day of the diet, Radka and I woke up on production day – a long day by any standard. I was groggy, a little stressed, and hungry.

Radka was weighing lettuce on a digital scale. I watched her put on a leaf, squint at the results, and then take it off.

I stared at my 9 a.m. salad. Next to my salad was a wood shaving – or was it crisp bread? And next to that a lonely boiled egg.

I said a little prayer to the food gods to forgive me.

Breakfast wasn’t so bad. But five hours into the day, we were crashing into cupboards in an attempt to extract our 110 g of meat – from the fridge? Cupboard? Anywhere!

No wonder the crows circled wide.

No milk, no bread, no pasta, no sauces, no lentils, no sausage, no rice, no alcohol.

After a week, you’d think after drinking 2L of water a day and scarfing down that many green stems, you’d be either bloated or as weak as a Russian damsel.

But nay. I feel pretty good. Energetic. And I’ve shrunk.

On our third day, Radka looked at me: “Your face looks skinnier,” she said.

We smiled and began weighing our lettuce.

The only thing I’ve followed obsessively is weighing myself – at least three times a day. I’ve only lost one pound, but my stomach is flatter and I can see a difference in the mirror.

It’s strengthening my resolve. Stressed out? I can no longer turn to melted cheese, scrumptious pastries or beer. I’m a stalwart skinny person who reaches for carbonated spring water with a pasted-on smile.

For the people who have done this diet and never cheated, I commend you and would like to offer you a job. That kind of discipline is as rare as it comes.

When you live with other people, and they are frying eggs with lots of butter in the morning, your survival instincts tell you to eat.

But already feeling healthier, I feel like I’m re-training those instincts. The number of people on this diet who have gone off their medication proves that survival is often related to food – but over time eating too much can be as bad as not eating enough.

The goal is to not cheat this week. Well, starting after lunch today because I had a handful of peanuts.
Stay tuned.

One thought on “Welcome to Skinnyville: Enjoy your stay”