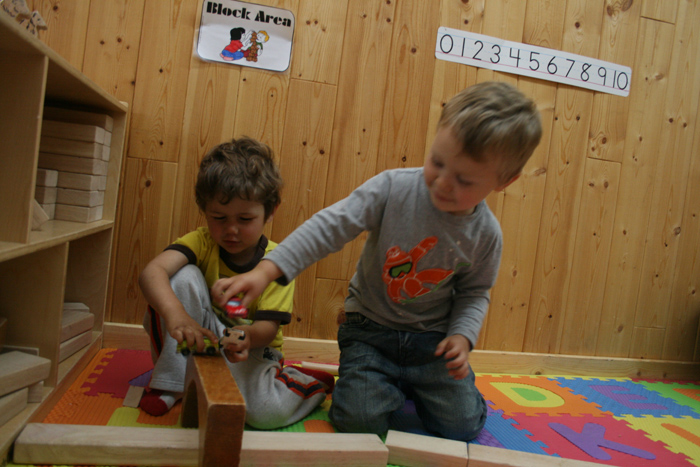 Parents and village council are in a standoff about a proposed fourfold rent increase for the Valemount Children’s Activity Society daycare and preschool.

Last week, village administrator Tom Dall delivered a report to council proposing a rent increase of roughly 420 per cent, from $165 a month to $700 plus HST.

Since the centre relies on children’s fees to fund most of its operations, it means parents who now pay $3.75 an hour per child would now likely pay $3.91.

Dall says the rent increase is an issue of fairness, since other village tenants are charged higher rent – between $6 and $9 per square foot. The proposed rate for the daycare is $1.80 per square foot. The licensed daycare and preschool, which share the basement of the Community Hall, welcome 28 children in total, and have enjoyed a rent break by the village for some years.

He estimates it costs the Village roughly $16,722 to run the entire building each year, including the upstairs which is rented out separately. He says the daycare’s rent does not even cover the heating costs.

At the council meeting last week, a dozen parents and the teachers showed up to speak their support for the centre. Parent Michelle Gunderson told Council she suffers from extreme migraines after surviving a car crash a few years ago. The pulsing beat in her head, sensitivity to light and nausea make it impossible for her to get out of bed some days. With two small children, Izabela, 5, and William, 4, she says the daycare has been her respite. She can have the house to herself while she recovers, especially since her husband frequently works out of town.

But the activity society’s board says the centre will be forced to close if the rent is that high. They say having no local daycare could chase families out of town and deter new ones from settling here. Michelle says one of her first questions before moving here was about the daycare.

Board chair Amanda Gunderson says while rent of the Village-owned building has remained low in past years, usually increasing by 3 per cent a year, the non-profit society has put thousands of dollars of renovations into the Village-owned building. She says the board is entirely volunteer and many renovations they need to perform in order to comply with licensing requirements, are still to come – and cost money they won’t have if rent goes up.

“It was quite an attack on us here at the Children’s Activity Centre,” she says, whose two oldest children have been attending the preschool for several years.

She says the Village is also asking the society to pay all the utilities – some $15,000 – even though they only rent part of the building, and they have no control over the heat, which often blasts too high. Conversely, she says the Village-maintained building had to be closed for three days this winter because there was no propane.

Counc. Bobbi Roe says she supports an increase, but hopes there will be a compromise.

“I know the preschool always seems to be struggling because there are not enough people, but in the same vein, the village has been subsidizing it for a long time.”

Roe says the Children’s Activity Society is essentially a business, since they charge for their services. 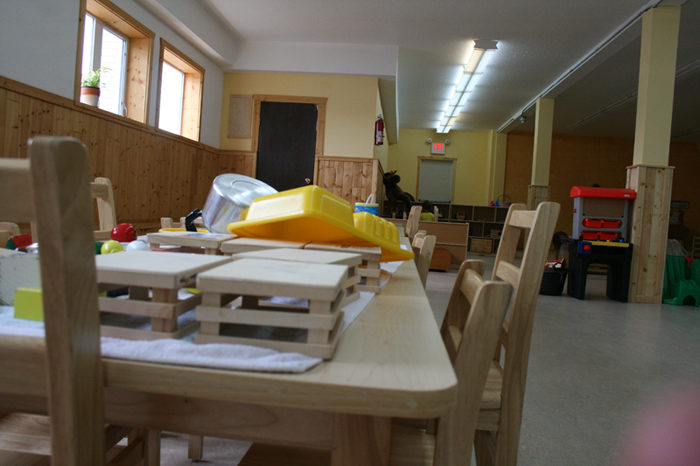 “Is it fair for the taxpayers of Valemount to be subsidizing a business? I know they don’t consider themselves a business. They say they’re a service to the community, but they do make money and maybe they are non-profit but once you start charging for a service then it does become a business.”

Roe says the centre is needed in the community, but until the provincial or federal governments decide to subsidize daycares, she doesn’t think it’s up to the municipality to subsidize it.

“How would people feel if we decided to subsidize a gift shop that’s having trouble? That’s sort of what it amounts to.”

Amanda Gunderson says the parents are trying to provide a safe place for children to play.

“To think we’re doing this for money is ridiculous,” she says. “We’re just trying to have our kids play with their friends in a safe environment.”

For Michelle Gunderson and many parents especially those of the five special needs children who attend the centre, they say the daycare and preschool are an essential part of their children’s development. The centre has hired an occupational therapist, speech therapist, and infant development program worker to help the special needs children whose needs are not severe enough to receive any government funding. The specialists come once every few months to work with those children.

In small communities such as Valemount, additional support in terms of specialists is left up to the parents – the preschool is one way to share those costs to make that help affordable for many children, parents say. But it’s a cost they shoulder alone, with very little government money.

“I think the Village thought we had that (government) support,” says Amanda Gunderson.

Parents pay $3.75 per hour for children over 18 months and $4.75 for those under 18 months. Michelle Gunderson says she won’t be able to afford the new price of enrolling her two children, who come most days of the week. $3.75 an hour would become $16.

Dall says Council will review additional information and they will have more meetings to discuss the matter with the children’s society. While it was his recommendation, he says ultimately the decision is up to Council. Mayor Smith was out of town and unavailable to comment.